In 1990, President George H.W. Bush established November as Native American Heritage Month. The rich traditions, cultures, and histories of the Native people deserve to be understood, celebrated, and honored throughout the country. During this month, we should all focus on creating a more positive experience for Native peoples by gaining a deeper understanding of their cultures and ways of life.

Rich and Diverse Cultures: The Native Peoples
Thousands of years before Europeans landed on the shores of America and began to colonize the region, it is estimated that within the borders of the USA, over ten million Indigenous people lived. European settlers pushed into territories that were their natural homes, destroying long-established ways of life, wreaking havoc and bringing war and conflict that continued for centuries, with impacts that are still felt today. Disease, displacement and the 1830 Indian Removal Act caused the government to relocate Indigenous peoples to allow settlers to simply take their lands.

Irreparable Harm to a Way of Life
The buffalo hunting grounds of the Indigenous tribes were destroyed as sports hunters decimated the herds on which the people depended. Some U.S. government officials were focused on destroying the bison herds as an act of war against those who were resisting a takeover of their lands. This, and many other aggressive and destructive actions left few options for the surviving members other than to move onto government-established reservations.

By the beginning of the 20th century, it is estimated that about 250,000 Native Americans were living in the USA, most of whom lived on reservations. Several federal administrations passed laws that made life even more challenging for the Indigenous peoples, with millions of acres of reservation lands lost.

The Tragedy of Lost Cultures
The efforts to eradicate the essence of Indigenous cultures continued, with children being torn from their families, forced to live in boarding schools for Native Americans, which were established to “civilize” cultures that were arguably far more civilized than their conquerors. It is estimated that by the 1920s, about 83 percent of Indigenous school-age children were attending these schools, where they were not allowed to speak their Native languages or practice their traditions.

Healing the Wounds
The deep wounds from these acts affect Indigenous communities to the present day. Broken promises, lands and cultures destroyed, and a country that failed to honor, recognize, and support the ancient and earth-friendly cultures of the Indigenous peoples can never be fully repaired. That is why Native American Heritage Month was established — to celebrate the cultures, contributions, and accomplishments of the Indigenous people. 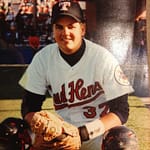